Sketchin' at the Atlanta Comics Expo

I was a guest at the Atlanta Comics Expo on Feb. 8-10 and I finally posted a short recap and photos from the show for those who might be interested.

The charity event was an Iron Munny auction for Reading Is Fundamental. You'll see some very creative Munnys on display.

I was on a panel on Friday with artists Michael Golden,Steve Scott, Andy Smith, and fellow writer/artist Greg Carter. It was a fun panel.

I also managed to wrangle in a Life In The Faster Lane sketch or two. 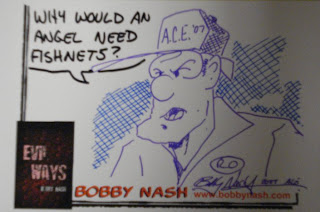 This is a sketch I did of R.O. for my table-mate at 2007's ACE, Sean Taylor. As luck would have it, our tables were next to one another this year as well so I finally thought to take a photo of the art. 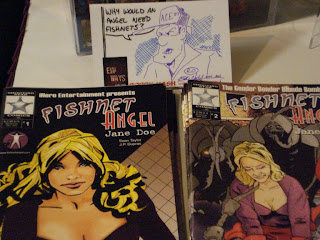 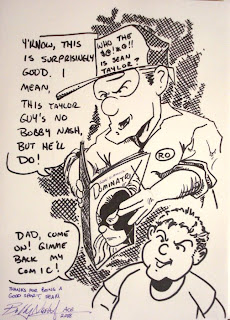 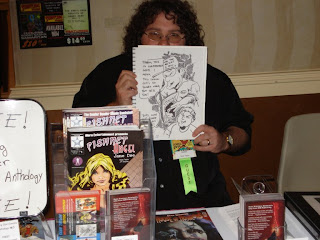 And here's the good sport showing off his sketch. 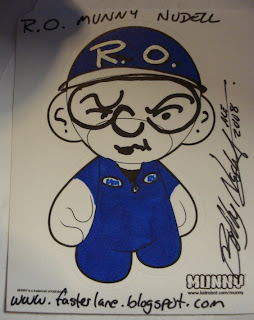 The Munny came with a blank sticker that I just could not pass up taking the opportunity to draw as R.O. After seeing this I want to buy and paint a real R.O. Munny.
I'll be at Con Nooga in Chattanooga, TN on Feb. 22 - 24. Hopefully I'll get to do more sketches there.
Keep on Cruisin'
Bobby
Posted by BobbyNash at 11:44 AM