What are the first three letters of DIET?

Been trying to lose some weight lately. Not an easy task, but I was reminded of some of R.O.'s opinions on the mere thought of dieting. Here's some wisdom from R.O. for you to injest. 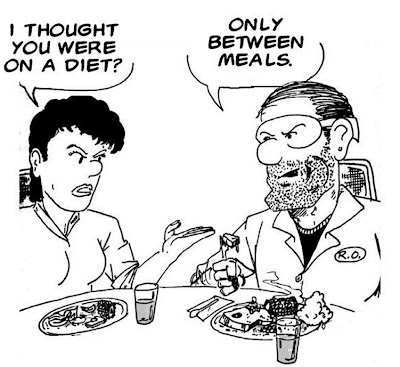 This one's based on a true story. My father (the real R.O.) actually made this comment once. 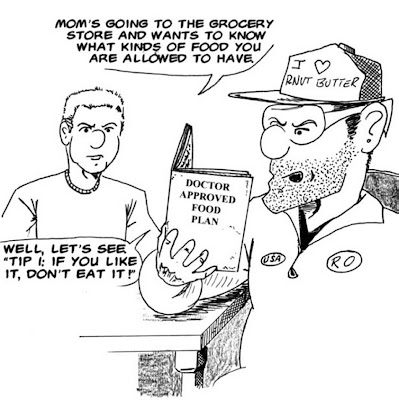 Not really something I heard my Dad say, but there is truth in what he says. 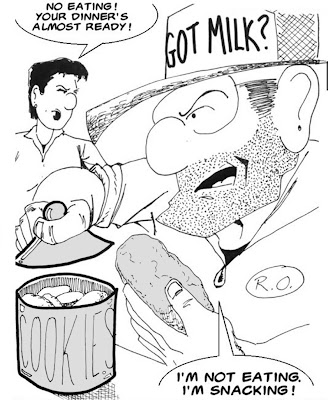 This gag was originally used in a project I was working on that never materialized, which was a shame because I thought it was a good concept. Never one to let a good gag fall by the wayside, I recycled the gag into a Life In The Faster Lane strip. Recyclo-Bob strikes again. :)

Posted by BobbyNash at 1:21 PM